How to Delete UK Government and Parliament Petitions? Do you ever feel like your voice goes unheard? You’ve heard and seen a lot of people going through and talking about issues like yours?

Petitioning for change decades ago was an effective way for people who were enslaved or paid less than others to raise awareness and get some attention from their bosses. It was considered an act of civil disobedience to change things. Over time, nations began falling into one of two categories; they were either controlled by their own people (self-governing) or ruled by outside forces (controlled). Their own government, rules, and laws were set up for them to follow.

If a commoner like you and me had to suggest or request any corrections, we had a long way to follow in order to be seen or heard. In addition to that, if multiple people reported having similar issues and the process involved repeating steps, then there’s probably something wrong with the way they were doing things. Previously a petition was held authentically with a ballot signature and submitted to government or public officers. Nowadays, because everything is computerized, it only makes sense that petitions would be able to do so as well. Petitions are now created, decided, and voted through the internet after verifying if the issues are realistic and controversial. Paper petitions still exist but they’re not used as often as online ones because they don’t have the wide reach that an online one has.

In the context of the United Kingdom (UK), the petitions are usually held digitally called E-Petition and through their website https://petition.parliament.uk/.  Also, they may be submitted via a paper petition at any time to the house of commons. A paper petition is collected locally and is widely used within the neighborhood or a city whilst an E-petition represents country-wide issues and is available for the residents of the country to sign from anywhere. Many of the trending petitions on government websites such as the UK parliament and the UK gov are aimed at ending child hunger, requiring people to register their details online, and so forth. A petition has certain requirements for viewing or getting selected by the government or the House of Commons. In terms of numbers, current requirements for papers and e-petitions stand at 10,000 and 100,000 respectively in order for them to be considered by Parliament.

What Requirements should you meet for your Petition to be accepted?

A British citizen or a resident of the United Kingdom may submit an online petition but cannot sign or recall one unless they live there. There are many factors involved when canceling an online petition. A petition once created can only be closed but not permanently deleted since all created petitions are stored in the house of a common directory that is not publicly accessible.

Note: If you have any issues, please consider filling the form at https://petition.parliament.uk/feedback  with your issue, petition link, and email address for assistance, or email the petition committee directly at [email protected].

After receiving the deletion confirmation, you can further make the petition inaccessible or hidden from search engines to avoid any traffic onwards. If you want to keep up with updates for your petition search settings, here’s how to do so.

Note: The update needs to be approved before any action is taken. This process takes around 5-6 business days.

If you have any further queries, please reach the UK Government and Parliament please consider emailing or contacting at these destinations below

These are all you need to know about a petition and how to recall a petition submitted to the UK Government and Parliament Petitions. 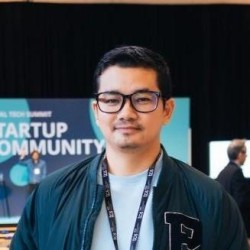